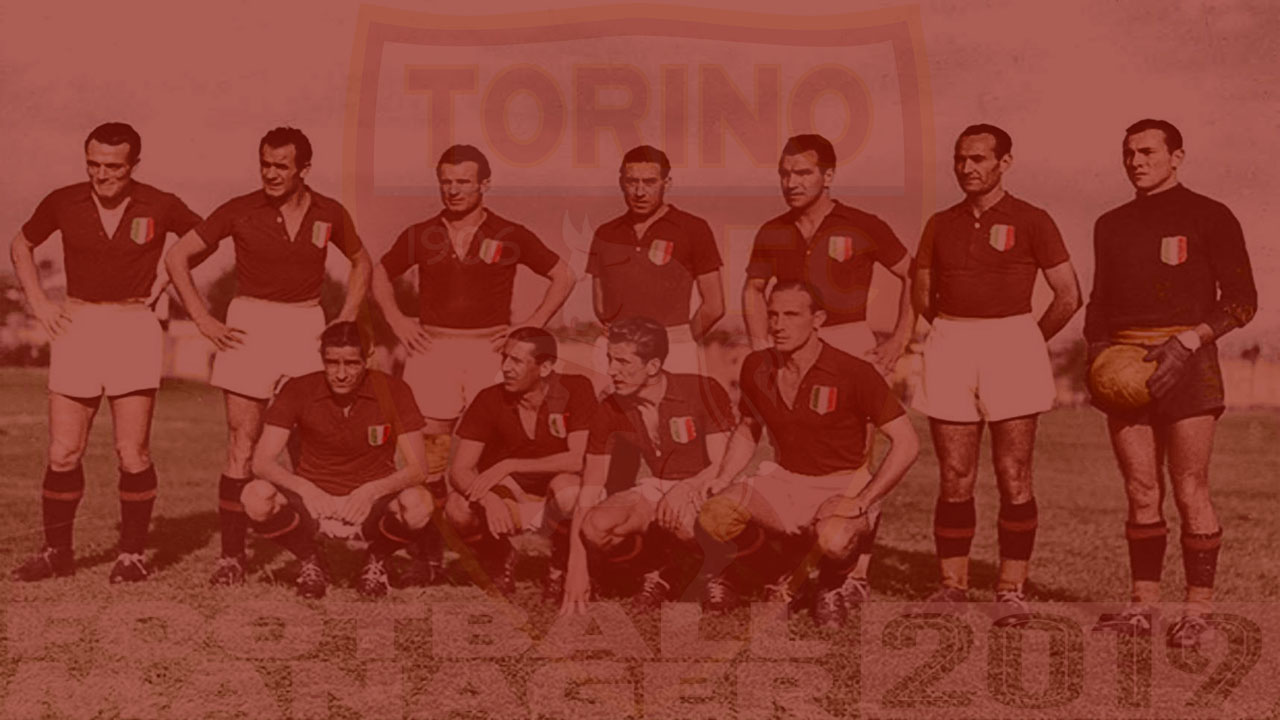 Ciao Bella! E anche il benvenuto all’ultima rata di il toro tale.
In the last update we had managed to stake a claim of Serie A with an impressive 10 victories out of ten fixtures. We also spoke in more depth about the tactics we had undertaken to get to this point. But there was some gloom to deal with as we had lost our last two Champions League fixtures leaving us third in our group.

This instalment will hopefully update you further into our Season 2024/25 journey.
November’s Serie A fixture would see a shift from the coach journeys around Italy. To staying at home in the Olimpico Grande Torino. Our next match was against Palermo. In short, we would extend our winning streak. We won 2-0 due to strong performances down our left. Both Vannini and Germoni scoring against the Rosanero.
Our next match would be the away fixture against Monaco in the Champions League group stage. We had already lost 3-1 at home to Monaco a few weeks earlier. Where a 21-year-old, Vicent Alonso, had torn us to pieces and scored two in a very convincing display.Marred by the defeat we approached the match with caution. We avoid every ladder and even every crack in the pavement. Yet the return fixture would require more than just superstition to be on our side. Our defence was split in the 16th minute when forward Elliot Noel found space and time in the box to push Monaco into a 1-0 lead. Torino would earn a goal back through some clever work down the left before the on form Vannini decided enough was enough and just drove to the edge of the box before unleashing a wonderful strike and scoring to equalise.

Our hearts were then tainted with pain once again when that ‘Spaniard’ Alonso, scored. He had received the ball inside the box from Noel. And smashed it past Pasotti. We would continue to huff and puff around the Monaco goal with no reward. Are dreams of competing in Europe were becoming a nightmare. Our lack of experience and killer instinct against some of Europe’s “better” teams were certainly going against us. We would have to win our final two matches in the group to qualify for the next round.

We returned to our solace, Serie A. Where a home match against league strugglers Carpi was just the tonic to shake down our European blues. We won 5-0 in a dominating performance that saw Dell’Anna score a brace and Dalot return to the starting line-up after a month on the side-lines.
Our next match after the international break saw a home victory against Chievo. We won 1-0 in a typically tight match.
We would also returned to the Champions League, with an away match against RB Leipzig. The match was an even affair unlike the home tie that saw Torino dominate and win 2-0. This was our make or break match in the Champions League after three defeats we needed to produce, but once again we failed to show any killer instinct. Dell’Anna would score for Il Toro on 51 minutes for Julien Maes to break Granata hearts and equalise 33 minutes later. Despite one more match in this competition Monaco and Benfica had qualified for the next round from our group. Our next match would be for pride.

With November’s mixed bag of emotions now in the past we would open the winter light of December with an away fixture in Serie A against Inter. We were now on a thirteen-match winning streak, could we go fourteen?
The starting line-up would see the return of Francesco Laurenzi, who had not started a match since a disastrous performance against Empoli back in October. We would also see Michael Mensah fresh from his European suspension. Both were key to the Inter match and both had a point to prove. We would win 5-0. With Mensah scoring a brace and Dell’Anna scoring a hattrick. Laurenzi would put in the overall performance to suggest that he could be ready to step into one of the anchor roles in defensive midfield. He not only played several forward balls to start attacks. But he also held a key role in keeping Inter quiet in front of our goal.
With Fourteen in the bag could we go one more and win a fifteenth?
Napoli at the San Paolo. Thierry Henry had his boys well drilled. The match was tighter than…..well something very tight. We had a host of chances but Meret held firm of everything we threw at his goal. Sergio Veca for Napoli would give our defence a warning he would have a goal disallowed for offside in the 56th minute. On 64 minutes he would find himself occupying the space between Germoni and Pan. To then get to the ball before Pan to score at close range.

Would this be the day that we would see the end of our winning run? Had we run out of steam? Were our wheels about to drop off?
We lost 1-0 to Henry’s Napoli. Our 14 wins on the bounce would see us written in Serie A record books. However, we could not rest on our laurels. We needed to find it within ourselves to find a fighting response. We had put ourselves top of the table and we now needed to get back to winning ways and to continue what we had started in Serie A.
First up was our final Champions League match of the campaign. Benfica at Home. Benfica came with a four-point margin and sincerity of the Superga air disaster in the form of a huge bouquet of flowers. (Benfica were the team that the Grande Torino team went to play in a friendly. The Grande Torino team perished after the aircraft carrying the team, staff, journalists and air crew crashed into the supporting wall of the Basilica of Superga upon trying to land whilst in thick fog on the 4th of May in 1949).
With the emotions of both sets of supports high both teams failed to bring their respective ‘A’ games to the fore. The only goal came through a penetrative run down the right from Dell’Anna who crossed the ball to the penalty area. David Taddei then cushioned a pass to the late run of Nico Barella. Who hammered home a sweetly struck shot. We won 1-0 to allow Torino to leave the Champions League with a sweet taste rather than the bitterness we had witnessed through much of the competition. With coming third in the group our European adventures would not come to a complete halt. We would be injected into the Europa League Cup competition, and the draw for the 1st knockout round. We were paired with Olympiakos of Greece and scheduled to play the first leg in Piraeus in February.
Right let’s reign it in a bit and not get too carried away with the idea of travel…. We’re still in December!
The next match in Serie A was the first Mole Derby of the season. Away to Juventus. Pep Guardiola’s Old lady were sat in second place and after seeing us lose to Napoli a week earlier I sensed he would look to go for the jugular in this fixture to claw more points back to surmount a comeback in the league.
I set the lads up to play cautiously, knowing that Matteo Benedini (Juventus’ star striker) would probably have more attempts at our goal than any other striker in Serie A. However, it was us that seemed to play the ball in a more positive manner in the first half. We pressed and pushed an in the 34th minute Captain Santiago Mina scored a close-range header from a corner. Five minutes later we extended our lead. Dell’Anna scoring after pressing hard on Juventus defender Cedric Kipre. Which resulted on Kipre making a mistake and Massimo then passed the ball past the hopeless Szczesny. GOOOOOOOOAAAAAALLLLL! Two Nil…..TWO NIL up in our rivals back garden. The heart rate was racing. With the tactics still set at cautious I felt like I couldn’t tinker. In fact, why would I? We were two nil up.
On 43 minutes Juve played some typical vertical Tika Taka football which resulted in that man Benedini scoring. It was a tense halftime team talk. We opted to keep things calm and to keep going at in the same vein as the first half.
In the 54th minute we created and attack that would be snuffed out by the experience Rugani. A wayward clearance would see Everton scramble to keep the ball in on the left touchline. He then passed to Luke Shaw and the ball would then find its way to Benedini deep in our half. Benedini drove past our defence like they weren’t there. He could have driven to McDonalds drive thru ordered a double quarter pounder meal and large milkshake, eaten them and driven back before our defence could have done something to stop him from scoring.

The match ended 2-2. Pep probably left thinking “Great we have taken two points off the team that were top of the table”. I was thinking phew…We didn’t lose in the Mole Derby. Which would have been two defeats in two matches.

We then went on to round up the Christmas period with three victories. Cagliari, Lazio and Sassuolo were our victims.
January would see the arrival of Nacho Campo a right winger from Mallorca, he cost £2.5m with no addons. Claudio Nitti had been told the lad was very quick and held a cracking cross. Armed with that knowledge along with the feeling that Adli and La Torre were not quite good enough even as back up for Mensah, we sent Gianluca Petrachi (our DoF) to go and close the deal.

The other transfer activity saw us obtain the services of youngster Cesare Cucciari from Roma for £2.2m rising to £6M if he blossoms. And the loan hire of Pietro Di Iubicibus a young left back from Frosinone, the loaning of Pietro would give us the chance to see him close up and judge whether we should acquire his services permanently.
We would only see youngsters loaned out with no significant departures.
Our first competitive match of 2025 was our 1st round tie of the TIM Cup against Carpi. After beating them heavily in the league back in November I anticipated a victory. We did go on to win, but the tie was all about one man. Alessio Vannini. The little magician scored a hattrick. Yet for all three he showed his predator instinct in front of goal/in and around the box rather than his usual spectacular 30 yard run then blast past the keeper.

We would also go on to win two league games against Genoa and Frosinone respectively.
Our other match of the month was the quarter final of the TIM Cup. We drew Napoli…..The match was as even as the previous against Thierry Henry’s side. We had the possession and Napoli got the better chances, only this time neither side were letting anything slip. After an eternity of play we had to conclude the match with penalties. Van Den Engel missed our opening penalty. They would go on to score. We would then match them until Marcel Sabitzer missed his for Napoli. This drew the shootout back to an even keel. Our Seventh penalty taker then missed, Goldaniga. Which would hand Napoli the victory. 6-5 on penalties.

With my heart now broken after reliving that penalty miss, I will leave this update for now, I may also investigate whether McDonalds still do a double quarter pounder too.
Catch me next time when I summarise the rest of the 2024/25 season.
Ciao for now!